As the world reflects Nelson Mandela's legacy, we thank his life, leadership, devotion to humanity, and humanitarian causes. 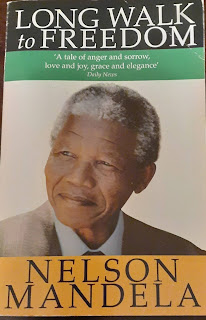 Nelson Mandela, the Republic of South Africa's first president, does not need an introduction to the world.  His birthday, July 18, is declared Nelson Mandela International Day, and South Africans take this opportunity to celebrate his life the entire month.

South Africa became an independent republic in 1994, overhauling the apartheid that ran the show as a legal regime since 1948, Mandela, its first president.

Mandela's contribution to the peaceful transformation of South Africa, from a racially pitting people into a rainbow nation, is the most celebrated example of positivity.  This positivity shines on every individual when they make an individual positive action to help and reach others.  July is a month for taking this action and spread the Mandela values--fighting injustice, helping people in need and practising reconciliation.

At Burgundy Estate group, we spread the day's message by doing our individual action--collecting foodstuff to help the needy in the neighbourhood.

"I was not born with a hunger to be free. I was born free, free in every way that I could know.  Free to run in the fields near my mother's hut, free to swim in the clear stream that ran through my village, free to roast mealies under the stars and ride the broad backs of slow-moving bulls.  As long as I obeyed my father and abided by the customs of my tribe, I was not troubled by the  laws of man or God." From Mandela's autobiography, Long Walk to Freedom.

Here watch the video: a brief biography of Mandela.