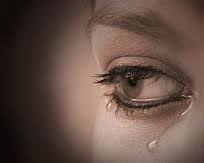 She slipped into a pair of sandalwood shade pyjama, pulled over the head a jacquard cotton salwar top, pinned the pleated maroon shawl on the shoulder. Na, not going to wrap it around the neck.  She sleeked down the pleats to make her look a head taller and hide the fat around the middle. In the dressing table not being full length couldn't figure out how the pair of designer sandal in maroon matched with the rest of the attire. With a smile oozing with self-pride, she grabbed her purse, locked the room stepped out into the hotel foyer to the walkway outside.
The milky air outside was fresh. The leaves of the hibiscus lined by the walkway were wet from the morning rain. She touched them fondly, shattering the water pearls dancing on the edges.   A lazy breeze from the valley of Neem trees cuddled her hair loosened a fringe to tumble on to her forehead.
The road in the front hadn't changed a bit in the years. The clusters of old shops on the sides teetering with the goodies. Men launched on the veranda, sipping coffee ogling at the females walked past the road. After the last building, she turned left, took the stretch of the battered mud path. It was easy for the slipper to lose the grip on the slippery surface, she walked with caution.  A few times he skidded sideways to hike up the pyjama.
The path ended at the beach.  She slipped her feet out of the sandals holding them wadded forward bare feet needed the practice to keep the balance. The beach was empty except for a few youngsters swimming in the water far away. She spotted the cement bench at a distance, hurried along with the vigour of covering a milestone in life.
The eastern horizon was big streaked with the morning sun as a beautiful lady had sashayed along, springling the content of her gold canister.
The sea squirmed in a thousand wavelets reflecting the sun's gold in turn. She felt it the right omen to go back to the beginning to start it all over again.
She waited on the bench.  The neem trees along the wooded area by the beach had gone jagged with age.  Those days their crowns were leafy and juvenile.  Why is it that even when you doubt the definitiveness of a person's promise you tempt to put trust in them? Was it the desperation, the fear of losing something you have taken to the habit?  In the end, you blame destiny, a word ready to get moulded to your fallacy.
The swimmers in the distance have long gone. The sun was maturing.  When she felt the wait was getting longer, She pulled the cellphone out of the purse to make sure no mistake was in reading the time-- sharp 8. And the time half-past eight.
She let her fingers doodle shapes on the bench to renew the familiarity. Was it the rain that stopped him?  She let her eyes peer into the farthest end of the beach and the mud path beyond to see whether someone was rushing into the sand. How would he look now, put on the weight, voice heavy? What about his family, his wife and children? The thoughts had been tossing in the mind since she received the message yesterday.
***
The facilitators for the presentation welcomed the moderatos onto the stage.  A group of men and women grouped together progressed towards the stage. Her eyes fluttered from one end to the other he wasn't among them. Is she having a problem matching him with the old frame in her mind, or her eyes went fussy?  Her heart was jumping to her throat.
''Can I get your attention please,'' a man moved to the podium, "we are sorry, Mr Somanathan, the subject specialist, is not going to be with us today."  What has happened to him? ''We sent him to head another team in the next city.''
She thought of another ''sharp 8" ten years ago, not in the morning, in the night, at a railway station. Her teary eyes blocked her view of the conference hall and the people in it.