My Favorite Season of the Year 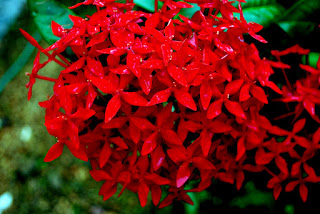 No doubt, my favorite season of the year is spring.  That is the period in which the nature pauses graciously on its fashion ramp in the most eye-catching make-over.

I fondly remember the Kerala spring, though we hadn't used that word in our common vocabulary, because we weren't that conscious about transitional seasons; we talked only about rainy season and summer. Instead the arrival of spring, we associated with the arrival of Onam, which is a harvest festival. It came as a relief from a three-month's horrendous, South-Western Monsoon. For the three months it poured non-stop, breaking the sky into a constant war zone.The dark cumulus clouds ran amok over our head like maddened elephants, clashing violently forming thunderclouds shrieking with thunders and lightening. It appeared the Monsoon relished a sort of cruel pleasure when it reeked insurmountable havoc in the lives of people, especially the poor and the deprived.  Those who received its worst firing rage were the ones lived in the hilly underdeveloped highlands, where Kerala's rich forest lands are situated. They suffered large scale life losses, landslides, aggravated deprivation of material and spiritual well-being.  Monsoon was a period when nature was unforgivably harsh on them. 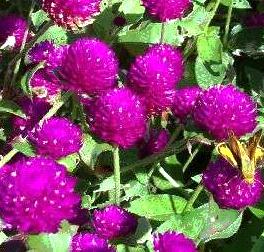 In the plain lands too the situation was not much different; people found floods ripping through acres of their farmlands.

After so many clouds have rained down into tears from peoples' eyes, the Monsoon took a break and through that gap ushered forth spring with all its calm and beauty. People began to come out of their confinement behind closed doors to embrace a new dawn, new opportunities,and new freedom. Moving freely into the open public spaces, they exchanged stories with one another, some of them happy ending, some sorrowful. The umbrellas that darkened over their heads and faces they pushed away for they were no more needed in their lives.

The dormant plants in their home gardens and open yards woke up to the smell and the warmth of the freshly cooked spicy food, to the humming of the honey bees, to the chirping and the tweeting of the honeycombs and to many other wonders of the spring. New shoots sprouted out on their body and new colours blossomed on their nodes. The wet soil in the open fields broke forth with a variety of wild plants, in nature's ravishing urge to procreate and regenerate. Given the warm climate of Kerala it hadn't taken much of the time for them to pass through their rights of passage into adulthood and the sodded over land turned into vibrant rainbow fields. Bright coloured Mukkuti, Thechchi and a variety of other flowers changed peoples' mood from somber dullness to cheerful acceptance. To add magic to their new mood arrived Onam. Arranging flowers in the front-court of homes was an important Onam ritual. It is called the Onam flower arrangement/aththapoovu. And every morning, the children revved up and reveled in collecting the flowers from their yard for it.

All in the past

These are my nostalgic memories of Onam, All had happened there once, but sadly not any more.
Human mind is favorably disposed to appreciating the beauty of nature and of the art.  Art is a beauty developed, it always represents the beauty in nature. While art and art pieces cost money, spring is nature's free bounty to humans. But the modern dispensation has messed with nature in its greedy and misplaced zeal for developments. The politicians having no proper developmental wisdom in their brain and sticking onto the old feudal stories of resource grabbing from others make out forests and rivers market commodities. They sold everything to enrich their personal pockets, the soil, rock, the natural resources, and the tress of our forests and even its owners the adivasis and tribal people.

Last time, when I visited Kerala, everywhere I saw, patches of green grasses and even trees growing up from river surfaces; their water belt had been severely damaged through indiscriminate river sand extraction for construction purposes. We now have only houses and buildings cluttering our spaces and that too without any planning and neglecting any sort of aesthetic considerations. Ugly buildings as part of embracing material development is making Kerala look depressing and a place of no beauty and charm.

The most lethal outcome is the disappearance of spring as a season.  The South Western Monsoon that starts in June now continues till the end of December or till January. There is no old natural charm for Onam, which anyway has become another market commodity. There are no home grown flowers to make flower arrangements for Onam, they have to come from the gardens grown in the neighboring Tamil Nadu.

And it seems nobody is bothered there about these loses; provided they have the best cars, the best cellphones, the best attires and the best of everything. Life seemingly is loosing its purpose and priority. And the memories of a spring remain buried under the rotting bodies of misplaced developments and modernization.

My eBook, 'Under the Bakula Tree ' is available at Amazon. Please check it out.

Other places you can find me

Prasanna Raghavan
Academic author, fiction author/blogger. Writing is a passion and learning a commitment for me. Debut eBook, Under the Bakula Tree, is a dream come true as transformation from a writer to an author. Social Constructivism in Maths Education is my research topic, is a new philosophy touching knowledge construction and hence teaching learning in maths.